“Hacker News is going to love you,” was the first thing I said when  Jennifer Dewalt  told me about her plan to leave the art world and become a coder by building a web site every day for six months straight. 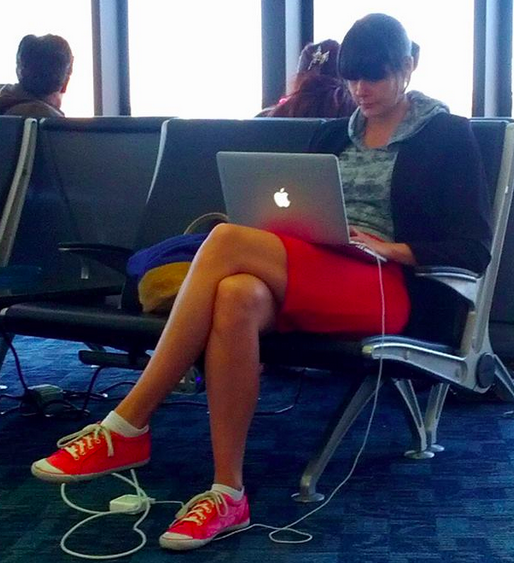 HN did indeed love her, doing its best to crash her single AWS server when she posted on Day 115.  Apparently the Russians love her even more, though —  Habrahabr.ru (think Slashdot in Cyrillic) edged out HN + Reddit and tossed in 443 Facebook friend requests from guys named Vladimir, too.  All told, she pulled in 2,140,000 pageviews in a week.

Despite being something of an online celebrity, Jen is quite the opposite of attention seeking — she’s shy and speaks softly and thoughtfully.  At close to six feet tall with a sporty pixie cut, she looks like a hybrid of a typical programmer and a college volleyball player (which she was).

I’ll confess to being skeptical about her approach at the beginning.  It seemed silly not to take advantage of resources like Bloc, Codecademy, Dev Bootcamp, etc.    But she told me, “I’m an artist.  It will be more interesting this way.”

I was also worried that the one-day time limit per site was too restrictive to give her enough time to build anything substantial; I didn’t want to see her spend six months building variations on Hello World.

Instead, her trajectory has been astonishing.   She touched JavaScript for the first time in her life on Day 3; by Day 16 she had reached acceleration physics and CSS animations.  Over the next two months she released several mini games (Day 55, Day 57) using <canvas>, which developed into my personal favorite on Day 73: Keep It Up.

Keep It Up‘s premise is simple: a ball falls from the top of the screen and you click it to bounce it back up.  Every time you click the ball it accelerates a little faster.   It’s my favorite not because of it’s fun factor (medium-low) or skill factor (medium) but rather because it was her first game with a persistent leaderboard (competition factor: very high).   She’d put some effort into… countermeasures… so it took me a full two hours to get to the top of the leaderboard by posting the right JSON payload through the browser debug console.

Toward the end she started moving into more backend-heavy apps using the Twitter API (Day 144) and raw image processing (Day 151), culminating in Day 179 with a multi-user drawing canvas powered by NodeJS.

Jen, for all those times you bailed at 8pm on Friday night to go finish the day’s site, I salute you.